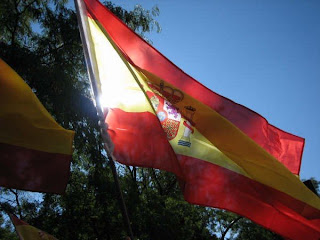 Ah, Madrid, the city where a typical week consists of urinating on the streets, attending public protests, stepping in dog shit, watching couples make out usually with someone they just met, or someone else´s boy/girlfriend, and standing in over-crowded smokey bars. I mean sometimes these bars are so over crowded and people are making out so much, that I´m pretty sure I can now claim that I have been part of a three-some. I love this city. Congradulations to me! As of this month this is the longest I have been in any place in 6 years!!! Half a year!!!!!And I actually plan to stay, until I have perfected my spanish (and paid off my debts)
These are the chapters of my life here:

Well I arrived here last september, after working my ass off all summer planting trees in northern BC and painting houses in montreal. The beginning was hard, very hard. As I was extremely sick, I mean so sick that I went to the doctor without insurance, spent a fortune on a false diagnosis, only for the doctor to say, I think you have Mono (nucleosis) but i´m not sure, i need to run another couple hundred Euro tests on you. Anyway I was dying of death, living in a hostle, trying to find a place to live, and beginning to work, as I was perfusly sweating, couldn´t eat for two weeks, i mean i could barely drink water even, running a high fever, I was just generally not happy. I was really close to hopping on a plane to Dubai as I had a job offer there, and was not happy here. But anyway, I found a great apartment right in the centre of the old city. With a really nice sunny room, and a big bed, and a cute cat with an English woman. I started to feel relatively healthy after about 3-4 weeks and that´s when my problems began with the teaching.

But all has been sorted out and I couldn´t love life more than I do now, despite the few inconveniences I have now and then, but without those I would get too bored. 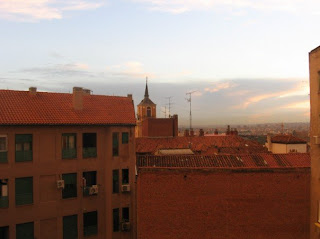 
¨So, where is your boyfriend tonight?¨


Half jokingly ¨My boyfriends? hmmm I haven´t thought of it, they must be with their girlfriends today.¨


To this, I´ll usually receive a response of a laugh and a ¨Welcome to spain¨


And a new boyfriend to add to my list for at least a week or two. I´m only slightly exagerating.


HEy at least most people are honest about their infidelity here, I appreciate that, haha


I have finally perfected my schedule. Work has been a bit of a nightmare. I came here to work for a company called THE BETA GROUP, which made me travel by metro FIVE HOURS a day. I´d wake up at 5 am and get home at 10 pm. It was a joke, And i was getting paid about half of what I make now (and worked about double what i do now) When I tried to quit the job she attempted to withhold my pay, Luckily the week before I had met a lawyer in a bar and he got the money for me.


Now I work as autonomo, i think that is freelance in english. I´ve been through about 20 students and several companies, and now have the perfect schedule, with pretty awesome students, and very decent pay. I never have to begin work before noon , except for telephone classes i do first thing in the morning. And I rarely finish later than 8:30. I´m hired by companies, like BMW, Repsol, and now recently, I work for the Spanish government again (I used to work for the ministry of defence). I also have several private students.

I don´t even know where to begin with that. They´re not into music and dancing as much as I thought they would be. But the nightlife here NEVER ends before dawn. And during week days, if someone invites you out for a copa ( a drink) don´t expect to be home before 3 am. I´m not entirely sure when these people sleep.. But I´m getrting reallly good at the lakc of sleep thing, and have become much better at hang overs, I almost feel 17 again.

The great thing about living in Madrid, is that I´m right in the middle of everything. It´s really cheap to go anywhere and its all really close.


So far I have been to 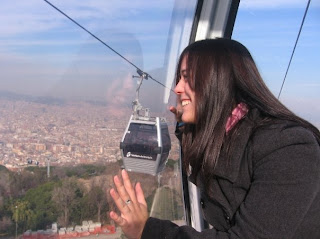 barcelona:
The first few days I was in spain were in barcelona, then I went back for New Years to meet up with my friend Jill. This was much good times!!!!

Zurich for christmas; This was a bit of a surreal situation. As my entire family lives in Switzerland. the strange thing about it was EVERYBODY knew who I was, they knew all my little stories and details about my life, which was weird, because half the time I didn´t even know how I was related to the person speaking to me. Also all the weird things my family always did and I didn´t understand made sence, it´s just swiss.
Anyway on ´christmas day, I went sledding down the alps under a full moon with my cousins and their friends and hung out in a bar on the mountains where drunken swiss people were yoddeling, Definetly a classic Christmas.

Fuerteventura (canary islands) and Toledo. Sam came to visit me!! The same Sam that came down to Harlem with me to sell christmas trees. this was good times, madrid was cold and rainy, so I felt bad that she came all the way from canada just to see ugliness and I needed a random adventure, so we hopped on a plane south and went to the islas canarias. It was pretty nice, Really nice to get out of the city.
Oh and toledo was cold and rainy, but nice none the less HOLY TOLEDO! 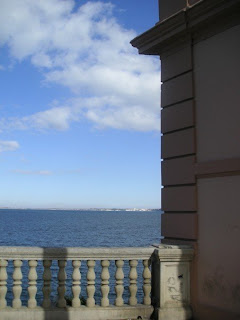 Cadiz and Sevilla my brother had been working in France and Switzerland, and was heading back to Canada. On his way home he swung by Madrid along with my cousin Patricia. This was pretty cool. We hopped a bus south for 8 hours and ended up by the mediterainian sea in the city of Cadiz. A very old whitewashed little town. I liked it. then on our way back we stopped in Sevilla for a few days, watched some flamenco shows, drank sangria and mojitos. Good times indeed. 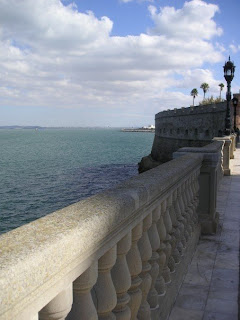 
In general life is good, I´m always meeting new people and have some good friends I can count on (most of the time). My spanish is not anywhere as good as I thought it would be after 6 months. But its gotten much better considerign I haven´t had the chance to take classes yet. I´ve probably learned more english than spanish though. I´ve had to teach myself SOOO much english its not even funny. I never realized how little grammar and vocabulary I actually knew. But I´m such a good teacher no one has noticed yet, hahaha... There´s never a lack of things to do here, almost every week I discover a new part of this city i didn´t knwo existed. The food is fantastic, and the wine and drinks in generalare just as fantastic and fantasticly affordable. Luckily I walk to most of my classes now, So I walk a lot, so I haven´t had to buy a new wardrobe! HA


The weather is great, mostly sunny, and summer is on its way!


So i can´t complain too much.. though i do enjoy it so much sometimes


Well I will work in a summer camp during July teachign a class of 15 kids, possibly august as well. I plan to make a trrip back to canada at some point in the summer. And am seriosuly considering a trip over to china in october/november, to meet Josh and Richard for a reunion.


I also want to walk the camino de santiago in june just to clear my mind and body from 8 months of living in a mass city. But these aren´t solid plans, It all depends.


Also I´ll probably have to move, as I don´t want to continue paying rent while I´m not living in the apartment. But I want to stay in my location, its the best location in madrid, in my opinion!!!!
By the way I now speak fluent Spanglish!!!
That´s all for now, I think next week I´m goign to morocco for the Easter holidays.